Accueil Go out The lovely Sorolla Museum in Madrid

Madrid has many famous museums such as the Prado, the Thyssen Museum or the Queen Sofia museum. But you would be wrong to stop at these big names because the small Sorolla museum surpasses them all with its charm and I’m sure you’ll fall in love with it!

If this museum is so charming, it is because it takes place in the former house of the artist. Sorolla (1863-1923) lived there from 1911. When he died, his family bequeathed the house as well as the collection of artworks to the spanish state in order to turn it into a museum, which opened its doors in 1932.

It is therefore more in a house than in a museum that the visitor can enter, first discovering the magnificent garden with its water features before entering the artist’s home.

Inside, Sorolla’s furniture and various objects that he collected throughout his life are presented, so that it is hard to believe that the painter has really left the place. But what charms more than anything else are of course the master’s paintings.

Sorolla is the creator of the optimistic image of a bright Mediterranean Spain. He is best known for his paintings mixing realism and lyricism.

His paintings seem to be like stolen moments, moments of everyday life that one might find banal but whose beauty Sorolla has been able to reveal. For exemple: it is this woman raising her child, this man walking his horse along a beach or her most famous painting, Paseo a orillas del mar (Walk on the beach), which sublimates the majesty of two women walking at the water’s edge facing the wind. If the characteristic of painting is to make the ephemeral immortal, Sorolla has managed to freeze in eternity the grace of a second that he was able to capture and transcribe.

Strolling through this artist’s house, we also get to know the painter’s entourage and in particular his wife Clotilde, who is represented several times and whose he signs a portrait with an affectionate “A mi Clotilde”.

We will also find a multitude of small canvases that help us to grasp Sorolla’s talent. In a few quick touches of paint everything is there: an atmosphere but also an era, that of the early 20s when women wore long dresses and hats.

The Sorolla museum is certainly my biggest favorite of my stay in Madrid, don’t miss it especially since the entrance costs only 3€. One regret: that the artist is no longer there to invite us to have an aperitif with him in the quiet of his garden! 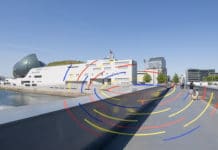 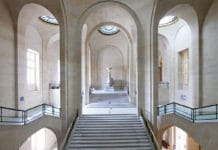 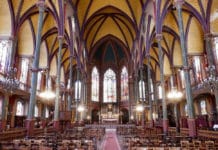