Accueil And also 5 questions to Interview with Grégory Chatonsky and Goliath Dyèvre, winners of the MAIF Award...

The 2020 edition of the MAIF Award for Sculpture has just rewarded Grégory Chatonsky and Goliath Dyèvre and their project Internes. The two artists have agreed to answer my questions to present their career path, their project and the next steps in the creation of their work.

Can you introduce yourself and tell us about your background?

We met during a residency at Villa Kujoyama in Kyoto. We were interested in the notion of Ma (間?) which means “interval”, “space”, “duration”, “distance”. We walked through Zen gardens and traditional houses with furniture integrated into the architecture, observing how emptiness structures space. One evening we stopped in front of a Butsudan, a portable temple, and we imagined a bigger world inside than outside. We thought of Danielewski’s “House of Leaves” and we imagined using augmented reality to create this paradoxical world. We then started to work together on the meta-project “The Increase of Things” where we create material objects that are missing something and which are completed by a digital increase. This reversal makes it possible to profoundly transform the relationship to our technicised world. Each one of us keeps his specificity by crossing art and design. This long-lasting collaboration has taken us to New Zealand and to Taluen at the Wayana home in the Amazon.

You have just won the MAIF Prize for sculpture with “Internes”, an innovative project that combines 3D concrete printing and augmented reality. Can you present it to us?

We both use technologies, in particular additive printing and digital, but the meeting between the two is not about innovation. We are witnessing the end of a world that kept going from one novelty to another producing only gadgets. If “Internes” uses technology it is with the aim of thinking and feeling differently about our present, to question precisely this headlong rush of novelty that prevents us from tackling the current crisis, in short with the aim of showing the limits of innovation. In 2011, Grégory forged the concept of disnovation to designate what haunts innovation. The purpose of an artistic project is not to be the soul supplement of innovation but to question its unconscious by giving it all its historical depth and by linking what seems new to impulses that are ultimately very old.

How did the idea for this project come about?

It was during our stay in New Zealand in the Colab laboratory at the University of Auckland that we began to imagine a fully augmented world halfway between the utopian and the dystopian. Following numerous disasters, the human species would have decided to break out of the infernal cycle of extraction, production and consumption, by creating a stable technical environment that would serve as a support for augmented reality, which would in turn be in constant mutation. Reality would appear grey and dull, but once augmented it would be like a constant flow. The material reality would then be hollowed out of lack, emptiness and lacuna to accommodate these increases. We have to imagine this world where elements are missing, digging into the ground, producing a relief and where everything that changes is absent and made technologically visible. Of course augmented reality is not environmentally neutral, it consumes energy and requires a network infrastructure, but we want to split reality in two to show the absurdity of the current mode of production which is still based on a division between form and matter.

What does the MAIF Sculpture Award mean to you?

After years of gestation of the project, we can finally make it happen thanks to the MAIF Award. It provides not only the means of production but also the necessary framework to materialise this ambitious work. The project supported by MAIF does not stop at a sculpture at a given moment, we wish to unfold this world over the years, to unfold its narrative to send us back the image of a world in which we already live but which we find it difficult to see being born.

What are the next steps in the development of your project?

This summer we are starting to do concrete printing tests to get the result we want. We will also advance on the augmented reality part to incorporate it as closely as possible to the material reality. The material world and the digital world have to fit into each other, complement each other, be inextricable.

The first concrete steps of our work on this project will be presented to the public in a few months’ time, although we will continue to move forward thereafter. We already have an exhibition and performance planned for November as part of Manifesta in Marseille and the opening of Chroniques à Marseille, where we will be collaborating with La Horde.

Thanks to Grégory Chatonsky and Goliath Dyèvre for their answers. Find all the other interviews of Culturez-vous in the 5 questions to category. 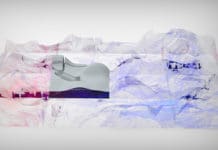 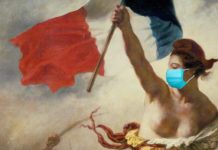 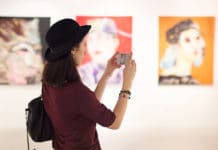 All the exhibitions to see in Paris in 2020

The Martell Foundation: the new place(s) to be in Cognac !

The saga of the Daum crystal factory